The ranking of Webometrics, January 2016 has been released since hours and revealed that Benha University achieved a new global achievement. The University has got the third place at the level of the Egyptian public universities after (Cairo and Mansoura) and the fourth place at the level of the Egyptian public and private universities after (Cairo, AUC, and Mansoura). It is worth mentioning that the University has got the 11th place in the Arab World and the 14th place in Africa as well as 1238th globally. Thanks and appreciation to all who contributed and participated in making this success, especially the unlimited support of the University President, the University Vice-presidents and Deans in addition to the continuous efforts of the E-portal team to achieve that success. 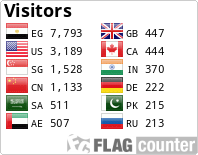